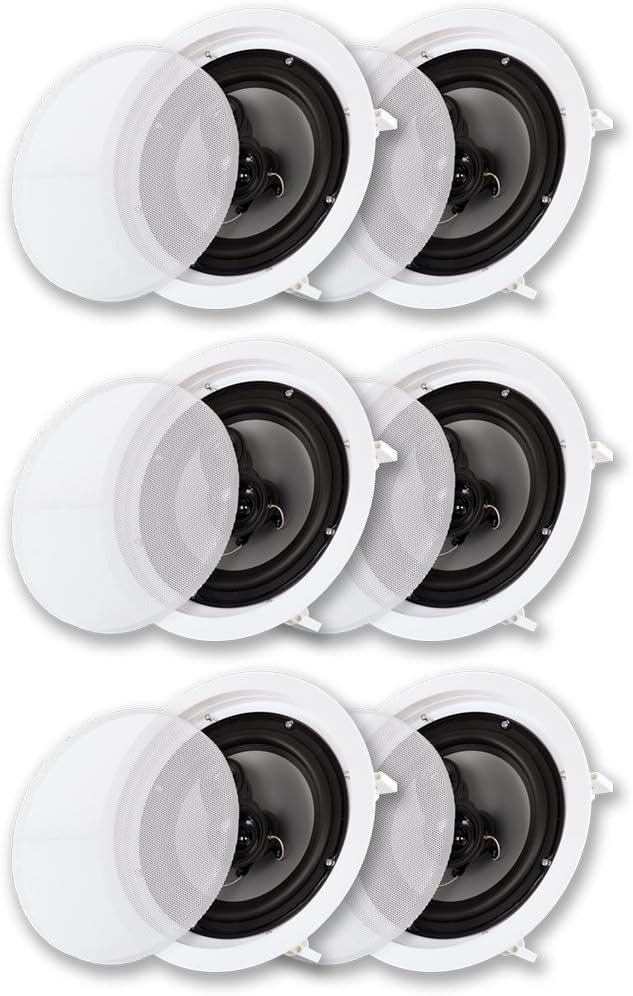 Acoustic Audio CS-IC83 Cinema Series 8" in-ceiling surround sound 3-way speakers are ideal for any home, office or entertainment area because they are designed with supreme performance in mind. Each speaker handles 350 watts of power and includes: a 8" Poly cone woofer for improved motion and higher bass response, a butyl rubber surround, a progressive spider for greater control and higher excursion capabilities, a poly mica midrange, a 13mm soft dome tweeter for detailed high frequencies and a 3-way passive crossover for greater fidelity. Spring loaded push terminals allow for easy connectivity and its low profile baffle housing was designed for simple installation and an improved frequency response. The white grill will coordinate well with any interior, or can be painted to match individual dÃ©cor. Included is a cutout template to aid in the installation process and full instructions.