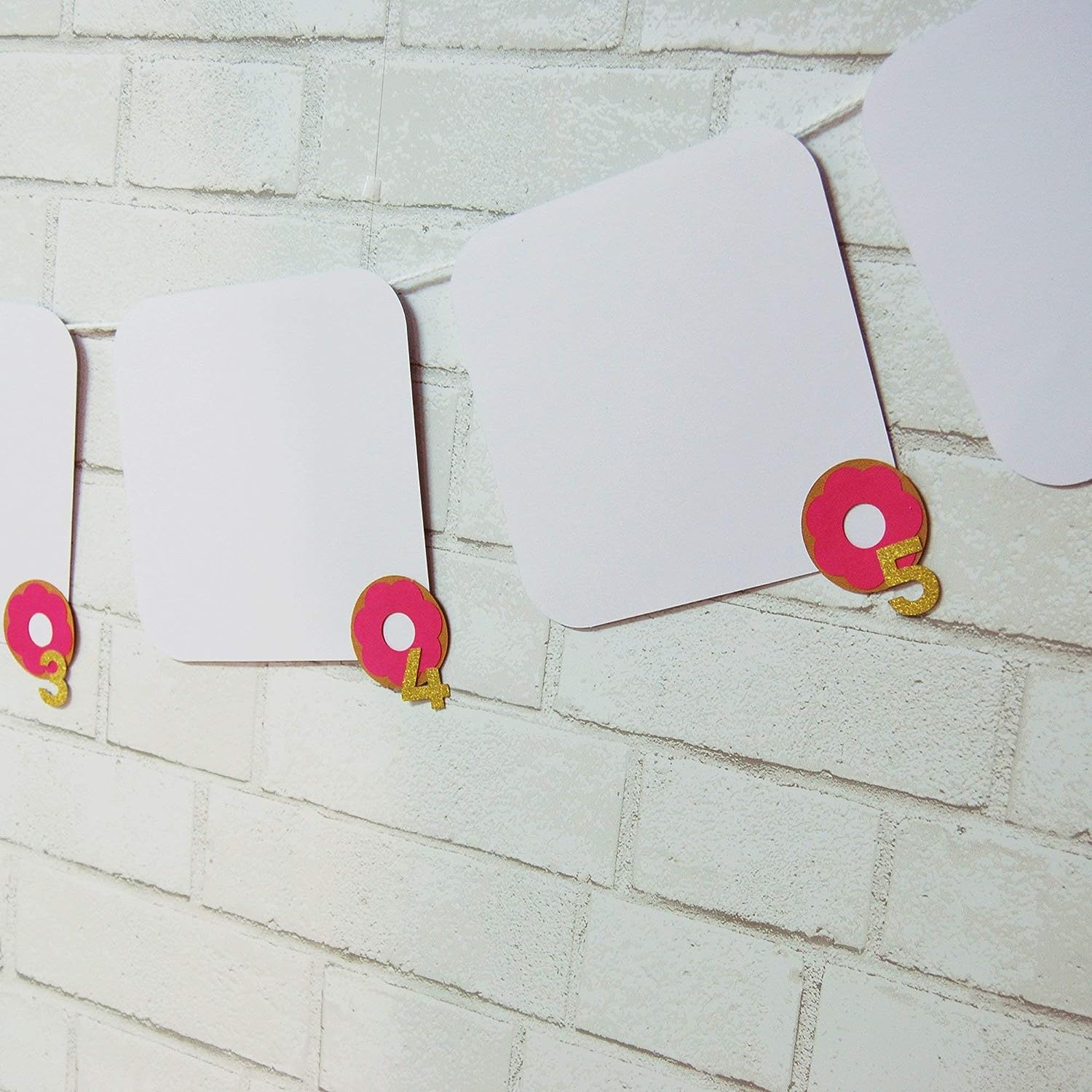 They grow up so fast, especially in that first year, so a monthly photo banner is a great way to display how much they change from birth until that first big birthday! Pennants can be made to fit 4X6 or 5X7 photos, and the "frosting" color can be customized to suit your party decor.